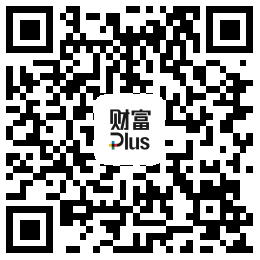 On Friday, the State of Georgia declared a variety of businesses, including hair salons and gyms, could open their doors again even as the coronavirus pandemic continues to rage. This week, other states will follow suit.

This situation poses a hard dilemma for millions of Americans asked to return to work鈥攁s well as those in essential industries who have had to work all along鈥攁bout how to balance risks to their health and their livelihood.

According to legal experts, employees don鈥檛 have a blanket right to refuse to work during the pandemic, but that doesn鈥檛 mean they can鈥檛 demand protection from obvious risks. Meanwhile, lawyers are advising business owners to think carefully about worker safety as they navigate a situation fraught with legal implications.

As engineer Nick Wheeler watched his coworkers fall ill to the coronavirus, he couldn鈥檛 understand why his employer, Charter Communications, refused to let them work from home. Finally, on March 13, Wheeler sent what he calls a 鈥済renade鈥?in the form of an email blast to hundreds of managers and employees in the company鈥檚 Denver office, calling the policy 鈥減ointlessly reckless.鈥?

Within 10 minutes, a Charter VP summoned Wheeler into a meeting where a human resources manager accused him of 鈥渟preading fear.鈥?He was flabbergasted.

鈥淗R accusing me of spreading fear was the most ridiculous thing I heard in that meeting. The whole staff was talking about coronavirus already, and it was in the news every day with the governor planning to shut down the state,鈥?he says. He added that the Charter policy felt even more absurd given that everyone in his office had laptops and access to a VPN (virtual private network) that would enable them to work from home.

The company changed its policy but not before Wheeler says he felt forced to resign. Now, the engineer says he is speaking with a lawyer about a wrongful termination suit, while the attorney general of New York pursues an investigation into Charter鈥檚 actions.

A spokesperson for Charter told Fortune: 鈥淲e have dramatically reduced the number of employees going into the field or into the office while maintaining the efficacy of our business operations that is so critical to fighting this pandemic.鈥?/p>

Wheeler鈥檚 decision to send an email blast was a bold one, and one he claims led more than a hundred colleagues to send him messages of support. But while many other employees in the U.S. may confront a similar situation, they may be reluctant to take a similar measure out of fear of reprisal.

They can, however, turn to the federal Occupational Safety and Health Administration (OSHA), which protects employees from dangerous workplaces.

According to attorney Jonathan Segal of the firm Duane Morris, the federal OSHA rules take priority over state laws. That means they could protect workers in places such as Georgia, where the decision to open venues like bowling alleys has led to criticism from health experts.

But Segal and other employment law experts also say a general fear of catching the coronavirus isn鈥檛 enough justification to refuse to work.

鈥淵ou鈥檇 have to be in imminent danger. An individual has a narrow right to refuse to go work on the basis of what a reasonable person would fear,鈥?says Jason Bent, a law professor at Stetson University.

In such cases, he says, workers can call for an OSHA inspector to decide if a workplace is unsafe, and the law protects them from retaliation if they do so. Bent adds that if a group of employees protest working conditions, federal labor law likewise forbids retaliation.

But while federal law may be a tool for some workers, it may not always be a practical one. An interior designer, who spoke on the condition her name not be used, says the manager of the Dallas company where she works insisted staff come to the office even after the state issued stay-at-home orders.

鈥淢y coworkers discussed filing a complaint with OSHA but concluded it鈥檚 pointless. There鈥檚 lots of hoops to jump through, and the law is tilted in employers鈥?favor,鈥?she says, adding that the boss finally allowed her to work from home after one of her colleagues became sick with COVID-19.

Aside from workers鈥?skepticism about the effectiveness of the OSHA rules, it also remains to be seen how 鈥渄anger鈥?will be interpreted in the case of the pandemic. The consensus among labor experts appears to be that an employer who takes careful measures to protect workers鈥攕uch as by providing masks, shields, and sanitizers and enforcing social distancing鈥攃ould likely avoid liability if an employee becomes sick.

Chicago attorney Monica Khetarpal, who advises businesses at the firm Jackson Lewis, is telling her clients to evaluate worker concerns on a case-by-case basis. This should include, she says, examining whether employees have pre-existing conditions that put them at a higher risk for COVID-19. Likewise, she advises companies to be mindful of the new Families First Coronavirus Response Act, which provides special protection to those with children. The law, which is in effect until the end of this year, requires many companies to provide paid leave to those who lack childcare as a result of the pandemic. It also requires them to provide paid sick leave to those subject to government quarantine orders or who are experiencing coronavirus symptoms.

Meanwhile, some employees who have contracted coronavirus at work are filing workers鈥?compensation claims鈥攂ut the outcome has varied based on the state. In Oklahoma, the state agency denied compensation to an EMT while, in California, authorities are changing rules to make it easier to claim compensation.

There has also been at least one wrongful death lawsuit filed as a result of a worker who died from COVID-19. It involves a Walmart employee, but Bent, the law professor, says the case is a long shot at best, since such claims require the plaintiff to show the death was intentional. In response to the lawsuit, Walmart issued a statement expressing condolences and describing additional sanitation measures the company has put in place.

A possible legal shield for employers

As the debate over health risks to workers grows louder, business groups are lobbying Congress to pass a law that would shield companies from coronavirus-related lawsuits. The idea is backed by Rep. Mike Johnson (R-La.), a member of President Trump鈥檚 economic task force who predicted it would receive 鈥渘ear-unanimous support鈥?from Republicans. The Wall Street Journal鈥檚 editorial board has argued such a law is needed to protect businesses鈥攎any of which are already struggling鈥攆rom opportunistic class action lawyers. But labor advocates cited by the Financial Times say such concerns are overblown, and Democrats like Sen. Tammy Baldwin (D-Wis.) are proposing legislation that would force employers to do more to protect workers.

In the short term, as the political battle plays out, there are likely to be more individual whistleblowers like Wheeler, who says his only regret is that he didn鈥檛 stand his ground more.

And even as individual disputes get resolved, Khetarpal and other attorneys predict a surge in litigation over COVID-19 in the workplace during the next few months.

Much of this litigation is expected to focus on health threats to workers. But the pandemic will also give rise to disputes over related issues such as workplace privacy, according to Finn Makela, a law professor at Sherbrooke University.

Makela notes that employers are already exploring ways to monitor the health of workers, including by taking their temperature prior to a shift. He says that doing so would not be particularly invasive, but that other proposals could cross a line, including potential plans by some companies to require workers to install an app that would help their employers use contact tracing to track their locations.

Makela warns that employees who refuse could see their hours cut or simply be let go.

鈥淭he private sector has the power to impose behaviors on aspects of our social lives. Meanwhile the private sector moves more quickly than the government, and people are slower to respond to any intrusive conditions they might impose,鈥?says Makela.